About The Red Cross 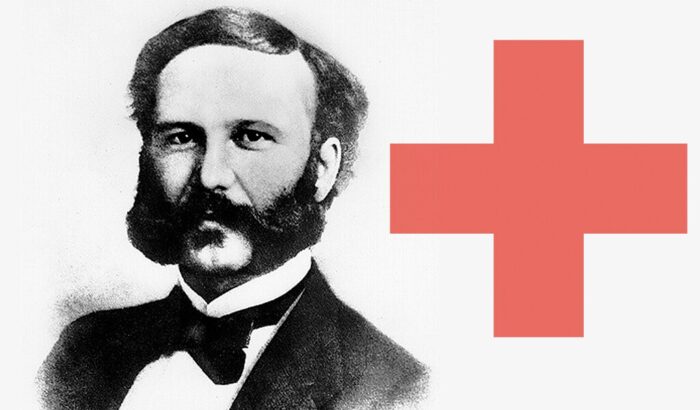 The Red Cross and Red Crescent movement has been recognized and respected for nearly 160 years as a relief organization reducing the sufferings of millions of people in every part of the globe through its countless humanitarian activities.

Jean Henry Dunant who saw for himself the miserable plight of the wounded soldiers of the battle of solferino in Italy, and whose subsequent efforts resulted in the birth of this movement is known as the founder of the Red Cross .

With the support of likeminded citizens of Geneva, Henry Dunant set up the International committee for relief to the wounded which was later to become the International committee for the Red Cross. A meeting of this committee in October 1863, joined by representatives from 16 countries adopted a charter defining the working methods for the relief of the wounded in battles as proposed by Henry Dunant. This event marks the birth of the Red Cross Movement.

Born in the battlefield, the initial purpose of the Red Cross was to improve the conditions of the wounded soldiers . Over the last 150 years, however, keeping with the changing world, the Red Cross activities have come to cater to every need of man both in peace and war.

EMBLEM: A Red Cross on a white background was adopted in 1863 as the movements emblem, with the specific purpose, namely , to ensure the protection of the wounded in war and those who care for them. States (Govt) party to Geneva Conventions ensure strict regulations to prevent the abuse of the Red Cross emblem. The emblem may only be displayed on vehicles, aircrafts, ships, buildings and installations assigned to transport and shelter the wounded and by the personnel who care for them.

All actions of the Red Cross and Red crescent movement throughout the world are inspired and influenced by a set of fundamental principles based on Humanity, Impartiality, Neutrality, Independence, Voluntary service and Universality.

Humanity: The international Red Cross and Red crescent movement born out of a desire to bring assistance without discrimination to the wounded on the battlefield, endeavors, in its international and national capacity to prevent and alleviate human sufferings wherever it may be found. Its purpose is to protect life and health and to ensure respect for all human beings. It promotes mutual understanding, friendship, co-operation and lasting peace amongst all people.

Impartiality: It makes no discrimination as to nationality, race, religious beliefs and political opinions. It endeavours to relieve the sufferings of individuals being guided solely by their needs and to give priority to the most urgent cases of distress.

Neutrality: In order to continue to enjoy he confidence of all, the movement may not take sides in hostilities or engage at any time in controversies of a political, racial, religious or ideological nature. Independence: This movement is independent. The national Societies, while auxiliaries in the humanitarian services of the governments and subject to the laws of their respective countries, may always maintain their autonomy so that they may be able to at all times act in accordance with the principles of the movement.

Voluntary Services: It is a voluntary relief movement not prompted in any manner by desire for gain.

Unity: There can be only one Red Cross or one Red Crescent Society in any one country. It must be open to all. It must carry on its humanitarian work throughout its territories.

Universality: The International Red Cross and Red Crescent Movement, in which all societies have equal status and share equal responsibilities and duties in helping each other is worldwide.

How did Red Cross become Red Cross and Red Crescent? 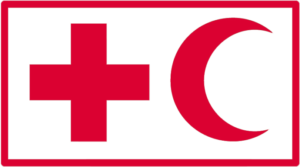 In 1876 during the orient war, the Turkish government decided to adopt red crescent arguing that the red cross emblem on white background shocked the sensibility of Muslim soldiers. This sign was formally approved in 1929 Geneva Conventions. The emblem of lion and sun adopted by Persia was also recognised. Iran gave up the sign of red lion and sun in 1980.

On international level, from 1986, the organisation is using the name as “Red Cross and Red Crescent Society”. 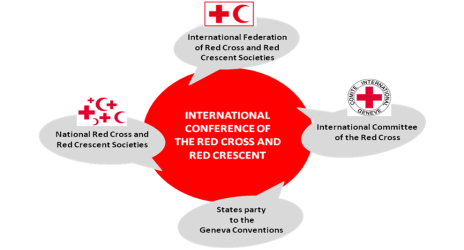 The International Committee of the red cross is the guardian of the fundamental principles of the red cross. It is a private, independent and exclusively humanitarian institution composed of a maximum of 25 members, of swiss nationality. It acts at all times to ensure that the victims of armed conflicts, international or of internal disturbances and tensions, receive protection and assistance.

It promote the four Geneva Conventions of 1949 and their additional protocols of 1977; assumes the duties devolved upon it by these international treaties and works towards their application. From its inception in 1863, the ICRC has developed into an organisation recognized worldwide as a neutral intermediary protecting and assisting victims of armed conflicts. Its headquarter is at Geneva. 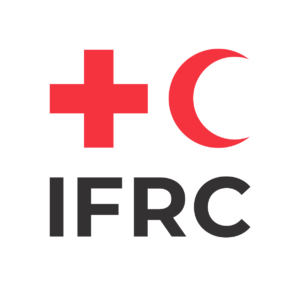 This body was established in 1919 for the purpose of coordinating the activities of the national societies in various fields. The headquarters of the federation is in Geneva. The object of the Federation is to

The federation works for the prevention of and alleviating human suffering and thereby contribute to the maintenance and promotion of peace in the
world.

The federation is a body of liaison between national societies and their official representative at the international level.

Practically all independent states, there exists a National Red Cross or Red Crescent Society playing a very important role as auxiliary to public authorities. The extent of this auxiliary rule me vary from country to country, but the main preoccupation of the national society is broadly relating to public health and relief. There are now about 170 national Red Cross and red Crescent societies.

The activities of the society is vary according to the needs of their countries and their inhabitants. They are however obliged to act without racial,
religious or political  discrimination.

To the founders of the Red Cross the aim of the movement was protection of the wounded soldiers in battle. This idea has changed and the rule of the Red Cross has been expanded to meet fresh needs of people in peacetime and trying conditions of the way of life in different countries. Certain basic functions, however, remain common to all national societies. They are broadly the following:

HISTORICAL BACKGROUND: When the first world war broke out in 1914, India had no machinery for organising relief to those affected by the war, except a branch of the St. John Ambulance Association. following the example of Great Britain where relief services were being rendered by a joint war committee of the Britain Red Cross, a branch of the same committee was started to undertake the much needed relief services in collaboration with the St. John Ambulance Association in aid of the soldiers as well as Civilian sufferers of the horrors of the war.

A bill to constitute the Indian Red Cross Society, independent of the British Red Cross, was introduced in the Indian legislative Council on 3 May 1920 by Sir Claud Hill, Member of the viceroy’s executive council who was also chairman of the joint war committee In India. The bill was passed on 17 March 1920 and became act XV of 1920 with the assent of the Governor general on 7 June 1920. 50 members were formally nominated to constitute the Indian Red Cross Society and the first managing body was elected from them with so Malcolm Haily as chairman.

IRCS has played a vital role in providing medical services, food and other supplies, when more than 10,00,00 refugees from the, then East Bengal (Bangladesh) who came to India in search of shelter and safety during floods and cyclones as well as during the Bhopal gas tragedy and the earthquake at Latur and Osmanabad.

Family welfare: Family welfare is an important mission taken up by the Indian Red Cross Society. This includes family planning, antenatal and postnatal care, immunisation and active support for eradication of TB, Polio and other diseases like Malaria.

Accessories for the Impaired: Artificial limbs and other accessories such as wheelchairs or hearing aids are provided to needy and poor impaired people.

The Maharashtra State Re d Cross is active in 27 districts. There are 14 blood banks which collect about 34,000 units of blood each year. A TB Sanatorium is run by the State Red Cross at Panchagani. The activities conducted by state Red Cross are almost same as those at national level. In addition to routine peacetime activities the State branch has played a marvellous historical role in all calamities such as Koyana Earthquake in the 60s. Devastating famines in the 70s, the bomb blast and riots in Mumbai in the 90s and the recent earthquake at Latur and Osmanabad districts.

At the time of the earthquakes at Latur and Osmanabad districts the Red Cross worked as a rapid intervention force by providing clinical support tothe injured by rushing blood, medicines and medical accessories. rural hospitals, primary health centres, water supply projects, constructions of schools, and rehabilitation programmes have been successfully completed.

Social Welfare Programs for  physiologically traumatised quake victims have been undertaken. All these programs are organised in collaboration with the international Red Cross. A deport for stoking strategic supplies to meet any calamities has been provided at Vikhroli, Mumbai as a part of Disaster preparedness plan. Literacy and social awareness plans are organised in slum areas. Training in first aid and ambulance aids is regularly organised.

The year 1921 saw the establishment of the Red Cross, Pune, with Lt. Gen. Skipton Climo as its first president. During the formative years, a senior official of the Armed Forces was appointed as president of the Red Cross and he was assisted by a British ICS officer. Two Secretariat’s appointed, one was from the armed forces and the other was a civilian. The first civilian secretary was Khan Bahadur
E.S Bharucha with Sir Maneckji Mehta as treasurer. From the year 1939 to 1950, a British doctor from the Armed Forces was entrusted with post of the Vice President. In 1950, however the first Indian vice president was elected. The office of the Red Cross, Pune was at the Sassoon hospital nurses quarters from 1921 to 1957. Later it was shifted to a smaller cottage on Mahatma Gandhi Road. The trio of IRCS – Sir Mehta, Dr Bharucha and Dr Bandorawalla, persuaded the owners Khambatta family to sell the premises to Red Cross, Pune. Around the same time outpatients department of IRCS started functioning. In 1973, late Mr Atur Sangtani a visionary and then Pune Red Cross

Dr Bandorawalla who in 1955 was Secretary of the Red Cross, Pune took the lead in the establishment of the Blood Bank.

Whereas, the junior Red Cross was established through the efforts of Ms M G Wadia. The sapling was carefully nurtured by the then JRC chairman Cmdr. K B Godrej. In 1976 to 1977 the youth branch of Junior Red Cross was started. The credit for this goes to Maj P S Sathe who was Secretary of JRC at the time. Around the same time, the efforts of the late Ms Megha Sirvastav (who was later to become the first Principal of the deaf school) achieved the success of establishing the ‘Red Cross school for the Deaf’. She received valuable support and guidance of two philanthropists – Dr Kaveh H Bharucha the then Chairman and secretary Dr P S Sanade.

The Red Cross movement in Pune has successfully progressed for the last 10 decades. 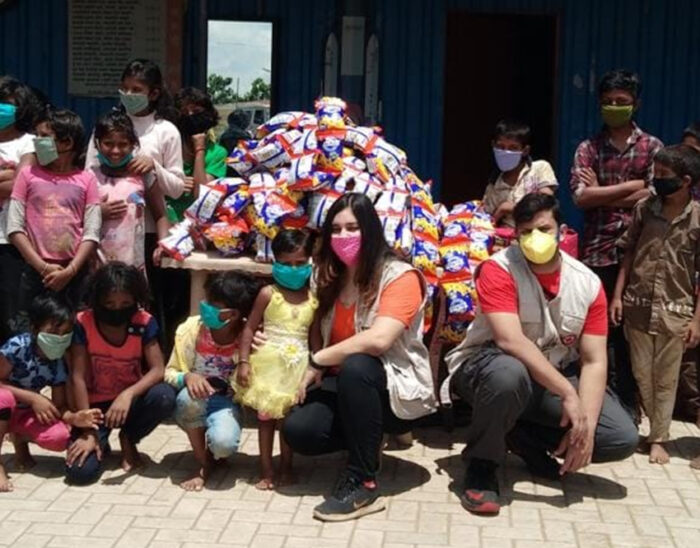 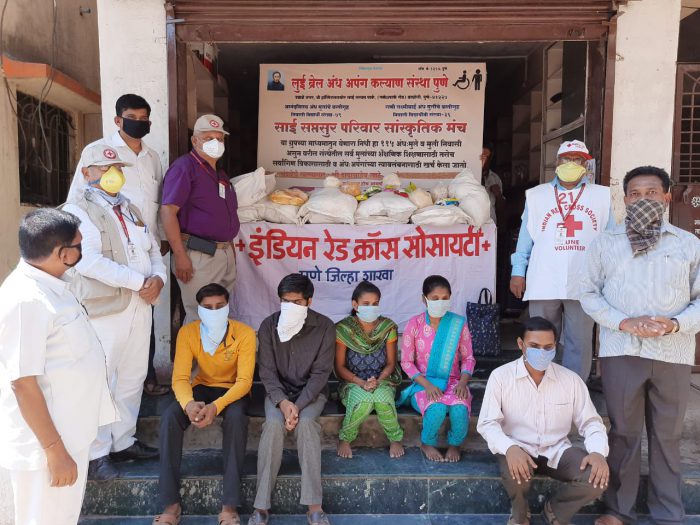