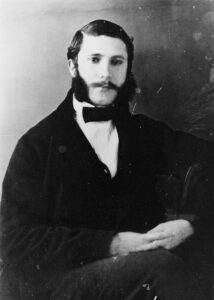 Jean Henry Dunant‘s life (May 8, 1828-October 30, 1910) is a study in contrasts. He was born into a wealthy home but died in a hospice; in middle age he juxtaposed great fame with total obscurity, and success in business with bankruptcy; in old age he was virtually exiled from the Genevan society of which he had once been an ornament and died in a lonely room, leaving a bitter testament. His passionate humanitarianism was the one constant in his life, and the Red Cross his living monument.

Needing water rights, he resolved to take his plea directly to Emperor Napoleon III. Undeterred by the fact that Napoleon was in the field directing the French armies who, with the Italians, were striving to drive the Austrians out of Italy, Dunant made his way to Napoleon’s headquarters near the northern Italian town of Solferino. He arrived there in time to witness, and to participate in the aftermath of, one of the bloodiest battles of the nineteenth century. His awareness and conscience honed, he published in 1862 a small book Un Souvenir de Solférino [A Memory of Solferino], destined to make him famous.

Henry Dunant impressed that the nations of the world should form relief societies to provide care for the wartime wounded; each society should be sponsored by a governing board composed of the nation’s leading figures, should appeal to everyone to volunteer, should train these volunteers to aid the wounded on the battlefield and to care for them later until they recovered. On February 7, 1863, the Société genevoise d’utilité publique [Geneva Society for Public Welfare] appointed a committee of five, including Dunant, to examine the possibility of putting this plan into action. With its call for an international conference, this committee, in effect, founded the Red Cross. Dunant, pouring his money and time into the cause, traveled over most of Europe obtaining promises from governments to send representatives. The conference, held from October 26 to 29, with thirty-nine delegates from sixteen nations attending, approved some sweeping resolutions and laid the groundwork for a gathering of plenipotentiaries. On August 22, 1864, twelve nations signed an international treaty, commonly known as the Geneva Convention, agreeing to guarantee neutrality to sanitary personnel, to expedite supplies for their use, and to adopt a special identifying emblem – in virtually all instances a red cross on a field of white1.

The eight years from 1867 to 1875 proved to be a sharp contrast to those of 1859-1867. In 1867 Dunant was bankrupt. The water rights had not been granted, the company had been mismanaged in North Africa, and Dunant himself had been concentrating his attention on humanitarian pursuits, not on business ventures. After the disaster, which involved many of his Geneva friends, Dunant was no longer welcome in Genevan society. Within a few years he was literally living at the level of the beggar. There were times, he says, when he dined on a crust of bread, blackened his coat with ink, whitened his collar with chalk, slept out of doors.

For the next twenty years, from 1875 to 1895, Dunant disappeared into solitude. After brief stays in various places, he settled down in Heiden, a small Swiss village. Here a village teacher named Wilhelm Sonderegger found him in 1890 and informed the world that Dunant was alive, but the world took little note. Because he was ill, Dunant was moved in 1892 to the hospice at Heiden. And here, in Room 12, he spent the remaining eighteen years of his life. Not, however, as an unknown. After 1895 when he was once more rediscovered, the world heaped prizes and awards upon him.

Despite the prizes and the honors, Dunant did not move from Room 12. Upon his death, there was no funeral ceremony, no mourners, no cortege. In accordance with his wishes he was carried to his grave unceremoniously.

According to his nurses, the final act of his life was to send a copy of Müller’s book to the Italian queen with a personal dedication. He died on 30 October 1910, and his final words were “Where has humanity gone?” 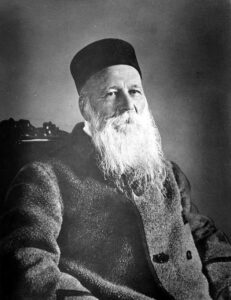 “There is no man who more deserves this honour, for it was you, forty years ago, who set on foot the international organization for the relief of the wounded on the battlefield. Without you, the Red Cross, the supreme humanitarian achievement of the nineteenth century would probably have never been undertaken.”

His birthday, 8 May, is celebrated as the World Red Cross and Red Crescent Day. The former nursing home in Heiden now houses the Henry Dunant Museum. In Geneva and other places there are numerous streets, squares, and schools named after him. The Henry Dunant Medal, awarded every two years by the standing commission of the International Red Cross and Red Crescent Movement is its highest decoration.